Here you have your morning alarm clock re-invented, which makes sure that you do not have to keep snoozing your alarm clocks. You have a whole 1.5 million users in the world who use this app and 30 million wakes up calls have already been made. It’s actually a brand new way to wake you up. 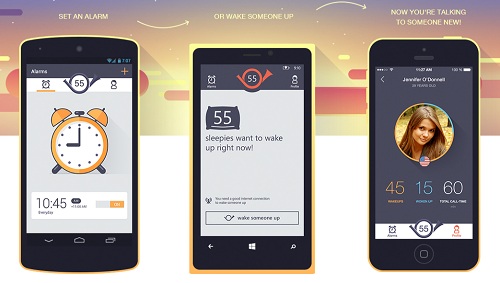 “Wakie” is a community of people waking up each other, who are actually friendly strangers around the globe who wake you up for free. It connects people from all around the world through sleep. The concept behind this is, being woken up or waking up by chatting with another person is more effective than a repetitive boring wakeup or ring tone.

This network of friendly strangers is closely monitored to ward off pranksters and jokers. The “Wakie” app is available for the Windows, Android and iOS that enlist users to wake up each other at a fixed or predetermined time.

How Does the Call Happen?

“You set an alarm, say at 6AM, and you will get a phone from another Wakie member at 6AM“. This call just lasts for 60 seconds, and you are given a warning at 50 seconds, and the call gets automatically disconnected after 1 minute. These calls are quick, smart, precise and casual without awkward goodbyes and long conversations. It is fun, free, anonymous and safe where phone numbers are not visible. It connects people around the world, who want to wake you up. You just need to have the “Wakie” App on your phone. It is also called the human-to-human alarm clock for iOS  and android device.

Users here are divided into two groups, the Wakies and Sleepyheads, where the Wakies make calls to the Sleepyheads to wake them up. You can sign in with your phone number (You will have to verify it via SMS) and choose whether you have to be woken up or be the one making the wake-up call.

If you choose to be the one doing the Waking, then the App sends you a push notification, when there is someone who needs to be woken up. All users are kept anonymous, and the only identifying information you see is the country where the other user is based out of. The calls are exactly cut after one minute.

How do you get “Wakie” in your iPhone and Android Phone?

The Wakie is designed for the iPhone and iPod touch running iOS 6.0 or later, but still not optimized for iPhone 6 and iPhone 6 Plus. Wakie is available on the App Store for free.

Are you an Android user? Nothing is to worry about. It is available on Google Play too.

While most of the app users have been positive of the concept of a social alarm, some have not received it too well, and hence the free App seems to have its own critics.

Wakie connects users of the same age and the opposite gender, which raises questions, that it might stray into the dating territory. Some users have also expressed that talking to strangers, or woken up by complete strangers, would be the last thing they would want to happen early in the morning. Some also fear that people may start misusing the App for creepy conversations, or the App might be hijacked by pranksters which can be used to do more than just Wake up calls.

The App also has a built-in backup system, wherein you set up an alarm for somebody to wake you up, and if there is no one to do so, then there is an automated Wake up message which will stop you from oversleeping and wake you. 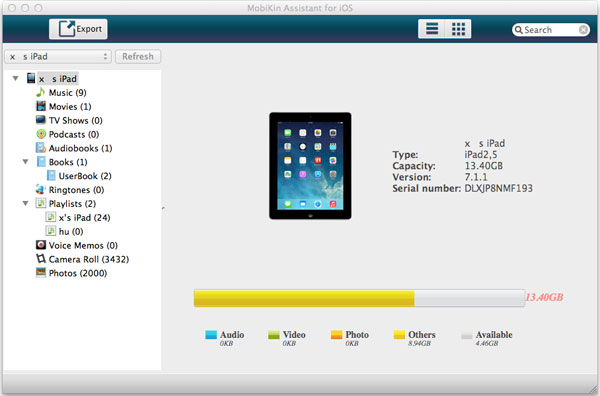 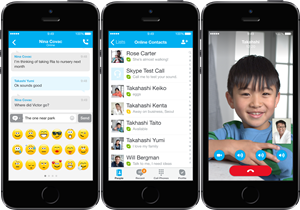