Often we wish to recognize a song being played; be it in a discothèque or on someone else’s mobile phone. There are times when you do not know the name of the song which is being played, or other such details related to it. For such times when you know nothing of the song but want to download it on to you phones, all you need is an identifier/detector to help you identify music.

So here is a list of the top 5 Music Identifier App for your iOS Devices. You can have them for free and you will be all set to identify any song which is being played!

Most of you must already know about the app, given that it is the most popular one as of now. Shazam is a music identifier whose range isn’t just confined to English songs; you can detect regional ones as well. As per research, Shazam has the best detecting ability. To make use of Shazam for identifying Music, here is what you need to do:

The identification is not restricted to just this. You can as well record a video on your device and Shazam can easily identify it. The application does need a proper functioning internet to work; hence you need to turn your internet on while using the app.

Finding an ideal alternative for Shazam was a tough job. There have been many arguments and competition between MusixMatch and Soundcloud for being the second best music identifier. However, with its high-end features MusixMatch has managed to get the better off Soundcloud. Here is how:

SoundHound is an equally good application as Shazam, with minor bugs to identify local songs; hence third on my list. However, the application works perfectly while identifying English (Hollywood) songs. For using SoundHound, you need an active internet connection. It is quite similar to Shazam as well.

To start recording, you need to click on the ‘S’ button and take the device close to the music for song identification. With this, SoundHound will search its directory, and help you out with the song details.

SoundTracking is an application which isn’t just confined to music identification but has a grand range of extended features for social networks. With this application, you can share the song snippet, along with a picture and Geo-location on Facebook, Instagram, Foursquare and Twitter. You can as well dedicate the songs you hear to friends. Also, you can as well identify Music when the phone screen is locked!

With an amazing user interface, MusicID is definitely an amazing music identifying app. The application lets you view lyrics and search for artists or songs with its in-built search option. All in all, MusicID has got something new to the list of Music identification apps.

So this was all from the list of top 5 best song identification applications for iOS. Having said all of that, you can very easily get any song you hear right there and then. All you need is one of the apps from the list above and a working internet connection. With that, you will be all set for listening to any song; even the ones you don’t know names and details of. Sounds really cool, right? Well, that is how sound identifying applications should. Happy tracking and listening! 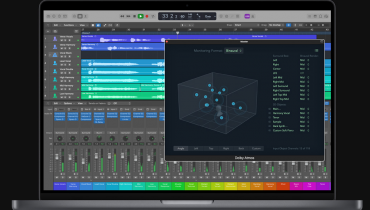